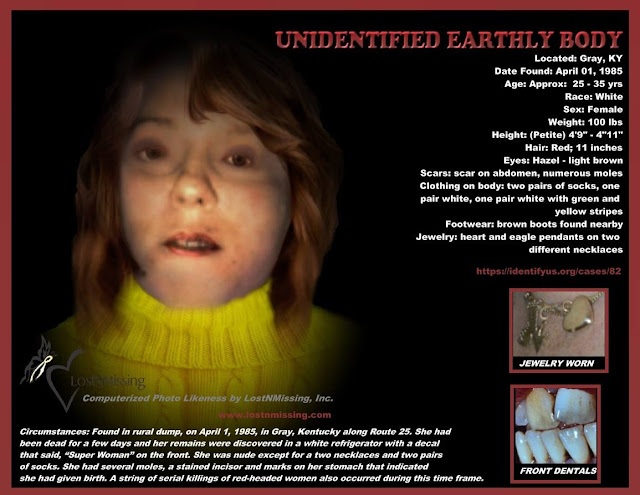 Circumstances: Found in rural dump, on April 1, 1985, in Gray, Kentucky along Route 25. She had been dead for a few days and her remains were discovered in a white refrigerator with a decal that said, “Super Woman” on the front. She was nude except for a two necklaces and two pairs of socks. She had several moles, a stained incisor and marks on her stomach that indicated she had given birth. A string of serial killings of red-headed women also occurred during this time frame. 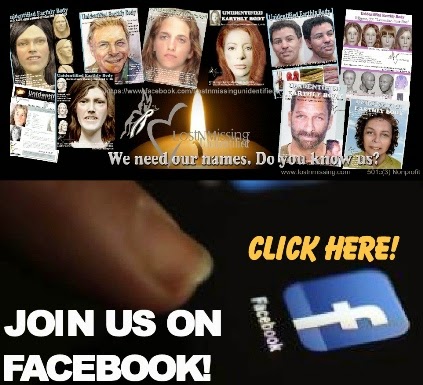